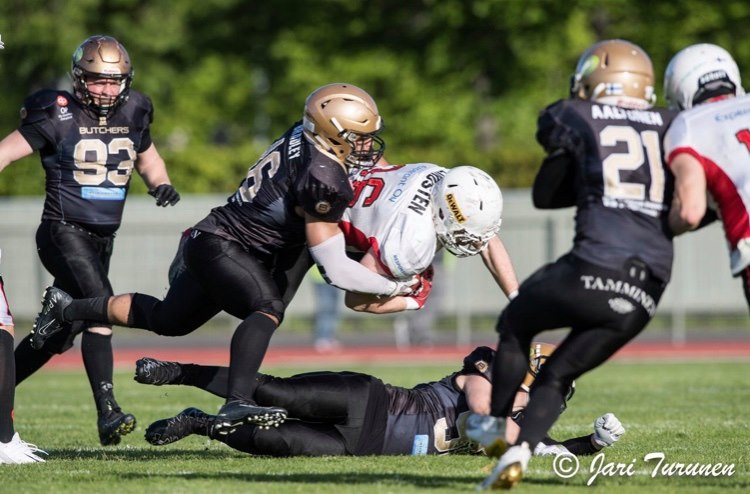 I chose to sign with the Razorbacks because from the start in talking with Peter and Islam it was clear that I was wanted within the organization. Everyone was straightforward with me and it meant a lot to me that the coaches called me and put me into contact with other players to show me how solid of a team they truly are. Plus I grew up all my life wearing black and red so it feels natural for me to put those colors on.

I know football in Denmark is highly competitive and I always want to play and test myself against strong competition. Dayton Winn, my former teammate and one of the best players I have ever been on the field with, told me all about playing in Denmark and everything he had to say was positive.

For the upcoming season I expect to have fun playing the game I love and have been passionate about since I was 6 years old. Football can be very rewarding but also very humbling at the same time and that is what I love about it. Just the opportunity to put the pads on and play the game is a privilege so I am honored the Razorbacks have the trust in me to give me that privilege. But I also expect for the team to continue to grow and build on the championship season from last year.

In 2020 the Razorback fans can expect to see a leader. Someone who hustles every play and never gets down or negative with his teammates. Someone who holds himself to a championship level standard on every play and will continuously work to be on that level. I will be flying around from sideline to sideline and a few big hits as well.

My biggest football experience in my career so far was probably my senior college season at Ithaca (@ithacabomberfb). We just got a brand new coaching staff and didn’t fully know what to expect going into that final season. We lost a few games but had such a tight knit group, we won our rivalry game for the first time in 9 years and went on to win a bowl game as well.

My favorite college team is the Ithaca Bombers (@ithacabomberfb). That is where I played college football and I loved every second of it. They gave me the opportunity and set me up to continue not only my football career but life after football as well. It may be a small school but to me there is none better. Some people wake up on Saturday’s during football season to watch LSU, Alabama and ND, but I always make sure I watch the Bombers first!

My favorite college player ever would have to be Reggie Bush. He was so dominant and dynamic while at USC he was must watch TV.

My favorite NFL team is the Giants.

Favorite NFL player of all time is Sam Mills or Ray Lewis. Two of the best LBs to ever grace the gridiron. There are not enough good things you can say about their game. Right now my favorite NFL player is Bobby Wagner. A dynamic LB he is on the field every down, makes plays in the run and passing game and has consistently dominated for his entire career. 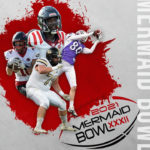 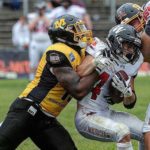 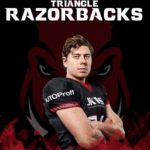